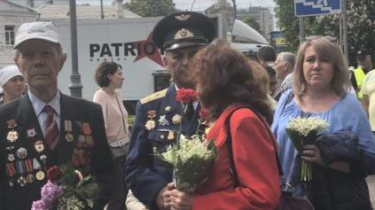 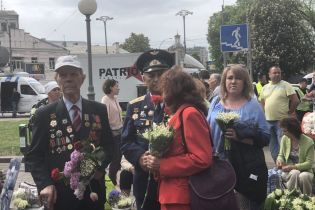 The city centre is guarded by two thousand policemen.

In Kiev during the events of Victory Day over Nazism, the unknown tried to break through a cordon of militiamen.

It is reported “up”.

A breakthrough was trying to inflict on the street of Ivan Mazepa. As a result of unlawful actions were detained the Chairman of Brovary branch of the nationalist youth organization “Monolith”.

In Kiev, poured paint and dirt of the Director of Rossotrudnichestvo

Also, the Kiev police chief Andrey Krishchenko has told on air “Gromadsky” that the stock tried to pass the man with the gun, but he was detained. Also, the police brought a woman who went to the event with a portrait of St. George ribbon, is prohibited in Ukraine.

Only the situation in the city centre, supervise nearly two thousand employees of law enforcement bodies.