Since the beginning of the day, the occupiers held 11 impact of attacks – Prout 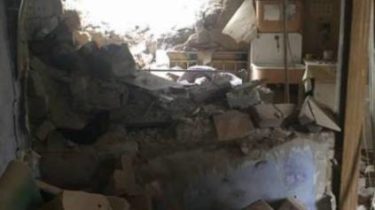 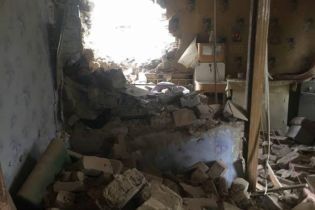 Since the beginning of the day, the occupiers held 11 impact of attacks – Prout

In the Donbas suffered five soldiers

Since the beginning of the day, the occupiers held 11 impact of attacks on Ukrainian military positions.

About this today during the briefing informed the press-Secretary of the Ministry of defense of Ukraine Maxim Prout.

“From the North in the morning, with militants occupying administrations of the Russian Federation has recorded 11 impact of attacks. In the morning the occupants were shelling of 82-mm mortars on the defenders of the Town. Also during this night recorded provocative attacks from different types of grenade launchers, heavy machine guns and small arms, in particular, in the side of the defenders of human settlements: Water, Shirokino, Pavlopol, sand, Food, Gnutova and the defenders of the mine Butovka “, – he said.

He also added that, in General, for the last day recorded 57 of the enemy’s aimed fire from militants occupying administrations of the Russian Federation. The occupiers issued to our defenders more than 200 mortar calibers 120 mm and 82 mm and fired about 100 rounds of artillery caliber of 122 mm. In turn, the Ukrainian military about 30 times opened fire in response.

In General, per day in the Donbass were injured, five members of the Armed forces of Ukraine, three wounded in shelling, two received a combat injury, said Prout.

From enemy fire went to the village Loskutivka in the Popasnyansky region of the Luhansk region. There is a damaged pipeline, water pipeline and power line, 2 houses completely destroyed, and another 6 received substantial damage.