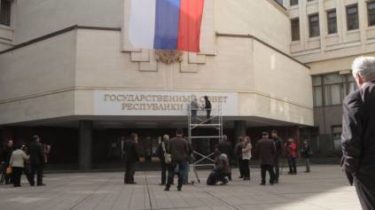 The Kremlin may respond to a foreign property or another sanctions.

Russia first needs to pay for the annexation of the Crimea as a result of the decision of the Permanent arbitration arbitration in the Hague. In this case are 159 million dollars in compensation to 18 private companies and one physical person, says the story TSN.19:30.

In the Kremlin the decision responded with silence, but the Ukrainian government is full of optimism: now other damages due to the occupation of the Peninsula can be compensated. “This is a signal to all Ukrainian citizens and companies that lost property and money stolen by the Russian occupiers, the local government will be responsible” – said the Minister of justice Pavel Petrenko. He is convinced that such decision of the court of arbitration in the Hague is not the last. Now in the courts is the number of cases from the “Naftogaz”, Oschadbank, “Ukrnafta” and PrivatBank.

Arbitration permanent court of arbitration in the Hague ruled that Russia must pay compensation to a number of Ukrainian investors for the annexation of Crimea. We are talking about 159 million dollars. The Ministry of justice are confident that this win will help in other cases against Russia. 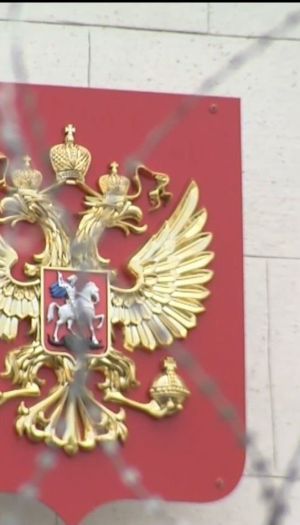 Lawyers believe that arbitration is won though is a good signal, but no means a quick payout. Civilized Nations always carry out the arbitration decision, however, the Russian Federation such a long time is not true. “It is in the interests of the Russian Federation – to implement the decision, because any obstacles in its execution would harm the image of Russia in the international arena,” – said the lawyer Stanislav Seregin. However, Russia has repeatedly demonstrated that the image of a legal state she is indifferent, and the jurisdiction of the Hague Tribunal, the Kremlin does not recognize, so it is unlikely that Russia would voluntarily give up money. “To do forced recovery, those investors will have to contact the authorities of the States in which there is a state property of the Russian Federation”, – said the lawyer Gennady Thrush.

In the Parliament propose to nationalize the property of Russian companies

But in this list there are a number of exceptions: take a diplomatic property is not the property of the state companies is also not considered to be state – that is, a property of “Gazprom” or the Russian banks in the list of misses. Similar situation with Russia was already in the case of YUKOS. The owners won the case in Russia, but to find property for compensation could not, or not too carefully looked for, therefore, Ukrainian companies will likely have to hire detectives who will find. And it should find many, in fact, total losses will be at least nine zeros on the end, and this is in dollar terms. On the other hand, numerous defeats and ignoring the decisions of the courts can turn to Russia in the new sanctions, so it’s still got another loss with nine zeros.