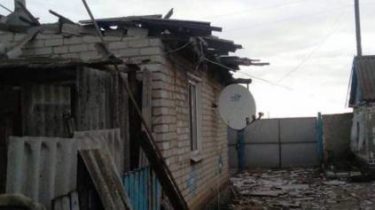 18-year-old son of the dead woman is in critical condition under the supervision of physicians.

In the hospital where he died a peaceful resident who fell under the night shelling militants village of Troitskoe.

“9:00 Just learned that the woman died in hospital. God rest her soul” – he wrote.

Fear and grief have done resisti in the village of Troitskoe: fired at the homes of local residents and killed a 13-year-old boy and…

Recall that the militants in the night of Friday, 18 may, covered by the artillery of the residential houses of the village of Troitskoe. The shelling on the spot killed 13-year-old boy and his 39-year-old father. 18-year-old boy was hospitalized with severe shrapnel wounds.