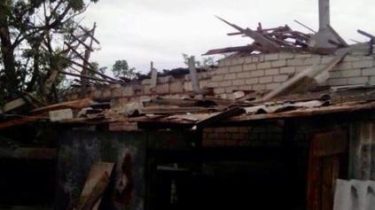 As a result of night bombardment of the village killed two people.

As a result of night shelling of the village of Troitskoye in the Luhansk region killed two people, a woman, the death which was reported earlier, is alive and in stable condition.

Wrote about this on his page in Facebook the head of the Luhansk regional state administration Yuriy Garbuz.

“As of 10:30 a 36-year-old woman injured in overnight shelling in S. Trinity, is in intensive care Lisichansk Central city hospital.Titova. Doctors assess her condition as serious but stable,” he said.

According to Garbuz, her 18-year-old son was injured leg, but his life is not in danger. Now he gets qualified psychological help.

As of 10:30 a 36-year-old woman injured in overnight shelling in S. Trinity, is in intensive care…

We will note, the Chairman of the Donetsk military and civil administration Pavlo zhebrivskyi, who previously reported the deaths of women, also released updated information about victims of shelling.

“10:50 Just received information from the Lugansk region, Lisichansk hospital (just back after a fire brought the victims) – a woman is alive, though in a very serious condition and is on artificial lung ventilation. Doctors do not lose hope and continue to fight for her life,” – said in a statement.

10:50 Just received information from the Lugansk region, Lisichansk hospital (just back after a fire brought postradali) -…

In addition, information about the death of the victim denied by the police Department in Luhansk region.

“Woman and man, which tonight was seriously injured in the shelling S. Troitsk the Popasnyansky area militants occupying forces are in a hospital in the city Lisichansk. The condition of both the injured is stable,” – said the press-Secretary of Department Tatyana Pogukai.

#OFFICIALLY Inform you that the woman and man, which tonight was seriously injured in the shelling. th…