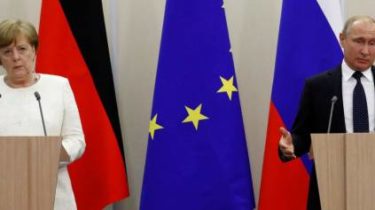 According to the President of the Russian Federation, it is accused that “he has discharged his duties.”

According to Putin, this is an unprecedented thing. He believes that Wyszynski trying to accuse of treason for what he did in public and “performed their professional duties”. “I have not seen”, – said the President of the Russian Federation.

In response Merkel poked the nose of Putin, asking Russia to first deal with their journalists.

During the meeting politicians discussed the war in the Donbass, as well as the UN peacekeeping mission, which should be the next topic for discussion leaders “channel four”.

Earlier in Moscow in front of the Embassy of Ukraine known for the Kremlin’s propagandists staged a picket for detaining Wyszynski. According to the protesters, the charges against Wyszynski fabricated. However, they believe that the detained Russian citizens in Ukraine condemned the law.

As reported, Kyiv court arrested the head of “RIA Novosti” for two months. During the trial, the Levin admitted that he has two passports – Russian and Ukrainian. Guilty he is not guilty and called the case against himself “pressure on freedom of speech.”

The head of the Agency “RIA Novosti Ukraine” accused of treason. Wyszynski was arrested after the searches in the office of the Agency. The reason for this was operational information that in 2014 the country agresori sent him to the Crimea to conduct subversive activities. 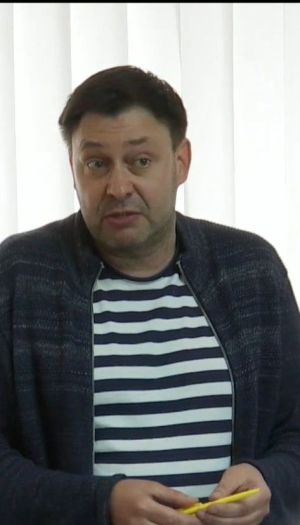 Recall, Vyshinsky was detained by employees of SBU on may 15. After a search in the editorial offices of the information he is charged with subversive activities, anti-Ukrainian propaganda in the interests of Russia. According to the security Service, the Russian journalist in the spring of 2014 visited the occupied Crimea, after which he prepared of the article with the justification of the annexation. He was preparing materials to support the terrorist “L/DNR”. While funding for such activities, according to the investigation, received through Serbia from Russia. Monthly – 53 thousand euros. During the searches Wyszynski was found passports of the citizen of the Russian Federation and Ukraine, and Russian state awards.