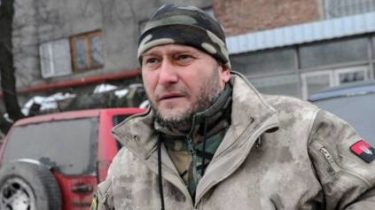 This was reported by the MP Dmitry Yarosh.

“A “brigade commander” at the separable fewer. He arrived from North Ossetia to install on our Ukrainian land your “Russian-Ossetian peace”, and now burns in hell. It waits for all of the newcomers and their local henchmen, who decided to destroy our State. Thanks to the battalion commander “Black”, company commander “Rambo” and other “Kipish” for professional and quality work! Keep it up!”, – wrote Deputy on his page on Facebook.

Hto to us s sword come, the sword od the I tagine… So I become s watercom, rosasco-teroristickih the bandermann…

Recall, may 17 supporter groups “DNR” Zakhar Prilepin said that in the Donetsk region were destroyed by the commander of the “15th international brigade” of militants, which is known as “Tag” Oleg service with the call sign “mom”.