Spectracolor the US took over former MP Artemenko, who had proposed a plan of reconciliation with Russia 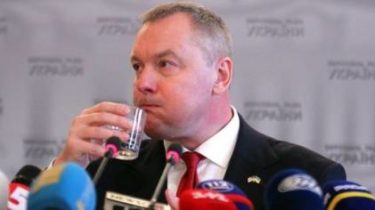 Spectracolor the US took over former MP Artemenko, who had proposed a plan of reconciliation with Russia

The former MP was questioned at least twice, and after a few weeks he will appear before a Grand jury.

Deprived of citizenship and of the mandate of a national Deputy of Ukraine Andrey Artemenko questioned a team of special U.S. attorney Robert Mueller.

Peace plans from Pinchuk and Nayem. What are the recipes offered for the end of the war in the Donbas

This itself Artemenko told the newspaper Politico.

According to him, the staff team Mueller met with him at least twice and asked about the details of his interaction with officials of the presidential administration of the USA of Donald trump.

“We are talking about the congressmen, the senators and representatives of the White house”, he added in a telephone conversation on Friday, may 18, after another meeting with team members spectracolor Muller.

Videocracy the MP proposes to transfer Crimea to rent Moscow

At the same time Artemenko refused to name names of specific people, which were asked of the FBI.

According to a former MP, in General, he was presented with a list of more than 140 questions that he must answer June 1, appearing under oath before a Grand jury.

A man-eating bear. Why the dominance of Kremlin plans to “save Donbass”

Note that Artemenko caught the attention of us investigators after his attempts to establish an alternative channel for agreement with President trump, in which his administration would cancel anti-Russian sanctions imposed by the White house under his predecessor Barack Obama. According to “plan Artemenko”, in exchange for the Kremlin should withdraw its troops from the Donbass, and Ukraine would hold a referendum regarding the “transfer of Crimea rent” in 50-100 years.

On this fact the Prosecutor General’s office of Ukraine opened criminal proceedings according to article 111 of the Criminal code (treason). Also, the investigation revealed that Artemenko was awarded canadian citizenship. As a result, in Ukraine Artemenko deprived of the Deputy mandate and citizenship.