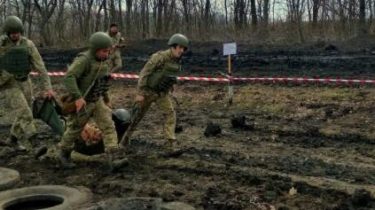 At 5 a.m. on may 21 at Gorlovka, in the recently liberated village South, between the forces of OOS and militants “DNR” there was a fighting collision, in which two Ukrainian servicemen were killed and four were injured.

“Today, may 21, at about 5 am, on the southern outskirts of this village was discovered subversive group of the enemy in number of 10 people. Anti-sabotage the reserve brigade moved forward to intercept DRG, stopping her progress, and dropping the enemy from the positions of the defenders of Ukraine. As a result of clashes, the enemy suffered significant losses and, under cover of heavy mortar fire of their batteries, was forced to withdraw”, – stated in the message.

It is noted that during the battle, killed the commander of anti-sabotage group’s Andrey Maslov. The group itself refers to the 24-th separate mechanized brigade named Daniel king.

For the last day, may 20th, the militants of the “L’s republics” in the Donbas were carried out 55 attacks on Ukrainian positions. None of the fighters APU did not suffer. Also the representatives of the illegal armed groups have carried out heavy mortar fire at residential houses of the village of Zaitseve.

Video settings the area of environmental protection, the militants hit a residential house and a school

This week, the Russian mercenaries fired on a school in Svetlodarsk. The shell exploded in the school yard during a school day: knocked out three dozen Windows and shards of glass showered the students. In the Trinity artillery shell hit the house. Killed 13-year-old boy and his father. The military believes that after the world Cup, Putin might resort to open aggression. 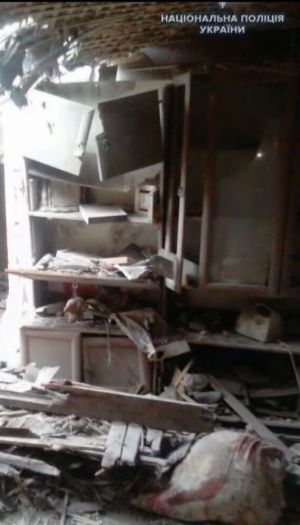