In Kiev, the seller on the market beat a military pensioner who stood up for the woman 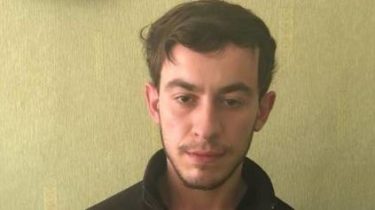 In Kiev, the seller on the market beat a military pensioner who stood up for the woman

Police arrested the assailant within hours of the incident. © Facebook/Anton Gerashchenko

The seller was 24-the summer citizen of Georgia.

In Kiev, in the market near the metro station “Forest” seller on the market beat a military pensioner who stood up for the woman.

About the incident on his page in Facebook wrote the daughter of the victim Elena Firmly. She posted a video of the incident.

According to Elena, a woman with two boys approached the counter and wanted to take some kind of bag. The seller pounced on it and began to threaten. At this time, passing by Elena’s father, he made the seller comments, to which he tried to hit the man.

In the river the owner of the jeep, beat up pensioners, which prevented him to Park on the lawn

“Then the father called the police and said he would sort things out in the presence of law enforcement. The seller then called his gang and began to close the outlet, show a wad of money and say that his law enforcement agencies”, – explained the situation Helen Loyko.

In the process of showdown the seller surreptitiously hit in the face of the military retiree. According to Elena, her father a broken nose and “space pressure”, and the seller and his friends fled the scene.

Member of the Board of the interior Ministry of Ukraine, people’s Deputy of Ukraine Anton Gerashenko on Saturday evening, wrote that police arrested the assailant within hours of the incident. The seller was 24-the summer citizen of Georgia. His personality helped to establish his countrymen from the Georgian community market at the station “Forest”.

“They all condemn his cowardly attack on an elderly person,” – said Gerashchenko.

According to the MP, the police opened criminal proceedings under article hooliganism. If the injury victim will be of moderate severity, the accusation is even more serious.

24 year old scumbag who broke from the shadows like a Jackal, and beat a military pensioner in the metro “Forest”, detained by police…