Military doctors rescued a fan who fainted near the turnstile “Olympic” 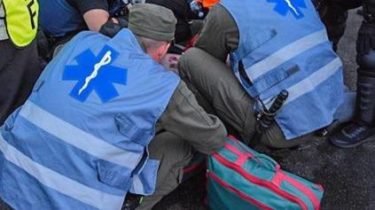 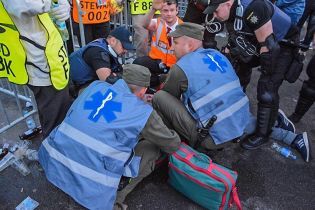 Military doctors rescued a fan who fainted near the turnstile “Olympic”

I assume that the fan had an epileptic seizure.

Before the final match of the Champions League one of the fans fainted right near the turnstiles NSK “Olympic”. About it reports a press-service Ministry of internal Affairs of Ukraine.

Helped fan of military doctors who were on duty near the stadium during the match.

“The man tried to pass through the turnstile to the stadium, but suddenly lost consciousness and fell. Having examined the victim of the alien, the guards came to the conclusion that he had all the symptoms of an epileptic seizure. And immediately spent all the necessary primary resuscitation”, – stated in the message.

Guards and medical personnel, ambulances managed to return to consciousness of the victim of the fan.

#Guards not only kept order, but his life was saved by fan To military doctors who were on duty near…