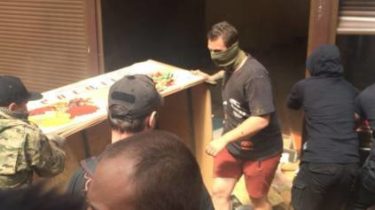 The number of detained participants of the pogrom of the market near the metro station “Forest” was increased to 34.

“In General, the police brought the 34 people: I communicate with them law enforcement officers to establish all circumstances of incident”, – is spoken in the message.

Earlier it was reported about 10 of the detained participants of the pogrom and the three injured police officers. Currently initiated two criminal proceedings on articles “hooliganism” and “threat or violence concerning the employee of law enforcement body”.

We will remind, on Sunday, may 27, at about 10 a.m., the men with covered faces rioted at the market near the metro station “Forest”. What organization owned by young people – is unknown. Broken outlet men, who beat a military pensioner.