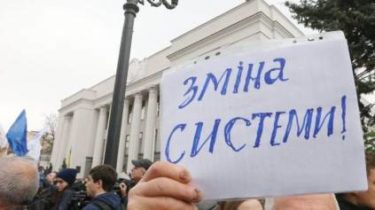 The President was accused of delaying the consideration of the document.

Corruption is an octopus, which interferes with normal daily living of Ukrainians. Is not a surprise that such a state was and remains the raison d’être of officials of the highest rank.

Political and bureaucratic elite of Ukraine virtually untouched by the law. The only thing that can change this is a special court that will deal exclusively with them. The trouble is that to create it needs the same people whom he can put behind bars, says the story TSN.Week.

Hardly there are those who believe that, unless there’s a mechanism that can stop those whose status still made them untouchable to the law. The creation of the court for those who Rob millions and billions, require foreign creditors of Ukraine. It was under their pressure the government was forced to create anti-corruption Bureau and the Prosecutor’s office. These bodies were a bit scared because it was almost beyond the control of the established authorities. However, while any business could be to block in court, the situation scared a little. The anti-corruption court critically needed in Ukraine, because the regular courts cannot and do not want to deal with corrupt officials, and is ripping up our pockets.

“The anti-corruption court, vinesa these sentences gives the opportunity for all property – and billions – to return to the budget, and accordingly, implement social programs that exist in the state. Now there are no funds. This is the result that we expect – not only planting, not only a fair punishment for the person who is reasonably suspected of corruption, and this is just the direct return of funds in the budget. In addition, the court’s decision will promote that the same patterns will disappear and this will contribute to filling the budget”, – says Artem Sytnik, the head of the NABOO.

Anti-corruption court creates law, and the law made by the Parliament. That’s where this week could see the tip of the iceberg of the reluctance of the state leadership to start the work of the court. Nearly two thousand amendments to the law were intended to delay the process. The confrontation erupted on the question of who, how and from whom will appoint anti-corruption judges.

“It must be such people who possess such moral qualities. Have a life path that doesn’t cause crumbs and public doubts. The slightest loss of public legitimacy has undermined the feasibility of establishing such a court as a whole. Unfortunately, major decisions are not made in these walls, not in the parliamentary and other offices,” – said the MP from the faction “Samopomich” Ruslan sydorovych.

The opposition right accuses the President attempts to fill up the anti-corruption court. The head of state is suspected of trying to make judges dependent on his people, even though it does not coincide with his public promises

“Wait a second, but he verbally both hands “for”? Can you be “for”, only to adopt the law without changes and then the law will not take effect. It’s cleverly done, not the President’s hands, not the hands of the President’s faction, and just someone who contributes to the confirmation and thus the key changes begin to fly… Worse than another – as of this moment, any decision with respect to the international experts and their right of veto on the most odious figures, which will be submitted to the judges of the Anticorruption court, and no. And it is the personal responsibility of the President: he’s leading these negotiations”, – convinced the MP from the “Batkivschyna” Sergei Sobolev.

Short summary infighting “for” and “against” the anti-corruption court this week is this: the law is not adopted. Debate about those who would impose sentences bureaucratic bribe-takers, became sharp and hung in the air. However, Petro Poroshenko is optimistic and argues that it is only a matter of two calendar weeks. “The consideration of the second reading continues. I hope that next week the Verkhovna Rada will be able to pass this law as a whole. MPs slow the process, but that new political institutions to be. The final version will be coordinated with international partners. In June, Ukraine must vote, and I have to sign this important bill,” – said the head of state.

Shifting the responsibility of MPs, the President recalled that the Western partners and creditors insist on a fair selection of judges of the Anticorruption court. They don’t want a repeat of the problem that I saw earlier, when he was elected judge of the Supreme court.

“We will not tolerate this”: Avakov threatened to “characters” that prevent the emergence of an anti-corruption court

The IMF says bluntly: we don’t take government money to support the pants, if you do not create anti-corruption court on fair footing. Do not want – look for loans elsewhere, your economy is weak and without them you will not keep the situation under control.

“On 5-7 June, the law must be voted on. Otherwise we will not get the tranche of the IMF. This means during the year with high probability of default. The default is 40 hryvnia for one dollar, that will pull the prices of all consumer goods up” – does not preclude the Chairman of the public organization “Center of counteraction of corruption” Vitaly Shabunin.

In short, just seems that the anti – corruption court is a great politician and the ordinary citizen to anything. On the contrary, it eats snakes slush earnings and savings.

This path passes and Romania are serving punishment for bribes, and members of the government and relatives of the presidents, and still the government still trying to slow down the process and then hundreds of thousands of people take to the streets of Bucharest, in order to achieve justice and not to allow corrupt officials to return the country into poverty. The Ukrainian power acts in a similar way with the Romanian and fears are the same.

“It is fear! Banal fear that there are people, some in Parliament feel the danger now, from the independent anti-corruption judicial institutions. The establishment of this court is a test of the political will of the political elite in the fight against corruption… unfortunately, it seems to me this power fails the exam,” – says Artem Sytnik.

“Poroshenko and his deputies choose between economic destruction across the country, the economy as such, and their own safety. I think, for their own safety. Therefore, our task is to make sure that they understand that the economic disruption is much more dangerous for them personally to each than an anti-corruption court,” – said Shabunin.

Will the braking with the anti-corruption court for civil disobedience it is difficult to say, especially during summer break. As of now negotiations are continuing both domestically and internationally. The last time H for the adoption of the reform act, the government has called itself – 5-7 June. 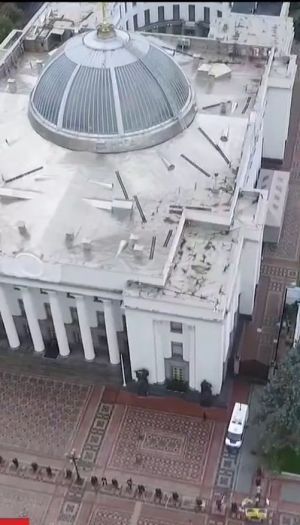