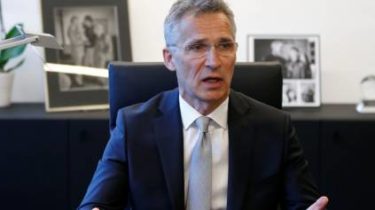 Stoltenberg hopes for a quick resolution of the dispute.

NATO Secretary General Jens Stoltenberg knows about dispute between Hungary and Ukraine, which concerns the language of article of the Ukrainian law on education, and hopes for his quick decision.

About this Stoltenberg said, answering questions after his speech at the meeting of the NATO parliamentary Assembly in Warsaw on may 28, reports Voice of America.

“We are aware of the disagreements regarding the law on languages. I talked about this with Prime Minister Viktor Orban, spoke with Petro Poroshenko on the issue and we are with them in close contact,” – said the NATO Secretary General.

According to Stoltenberg, he hoped that differences between countries can be solved as soon as possible.

NATO Secretary General stressed the need to consider the legitimate demand of the ethnic minorities to study their own language, but, according to him, it is important to have knowledge of the state language.

“Many countries have found ways to balance these needs to respect the minority language and also to learn the state language and, hopefully, will be able to solve the issue relating to the language law in Ukraine”, – said the official.

We will remind, Budapest demands from Kiev to refrain from the implementation of the education law to align with the national minorities, in particular Hungarians of Transcarpathia. In this regard, Hungary is blocking the European and Euro-Atlantic initiatives of Ukraine. Recently the Hungarian government has initiated a review of all programs of NATO to support Ukraine.

Representatives of Lithuania and Canada in the NATO parliamentary Assembly stated the inadmissibility of blocking Hungary cooperation between Ukraine and the Alliance. The Minister of foreign Affairs of Poland Jacek Czaputowicz has suggested to solve to involve a third party – for example, NATO Secretary General.