Customer complaints and the possible fall of man. In Kiev dismantle the trolls across the Dnieper 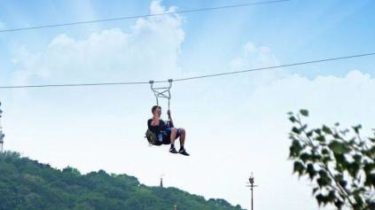 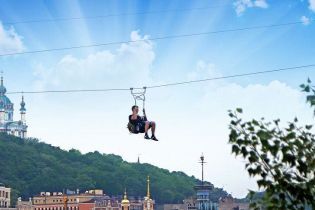 Customer complaints and the possible fall of man. In Kiev dismantle the trolls across the Dnieper

On this place plan to create the cable car.

Metropolitan government dismantles the trolls that connects the Arch of friendship of peoples and Trukhanov island on the Dnieper.

This was reported by Advisor to the mayor on issues of improvement Dmitry Belotserkovets.

UEFA has thanked Kiev for a fantastic Champions League final

According to him, now the Troll is in place illegally. Permission for its erection was given last year to just one season. However, the owners continued to use it after the expiration of the permit.

Belozerkovez claims that the decision was influenced by large number of customer complaints that have stuck during the descent. In the comments, the official added that such complaints were four, but not all, who fell into such a situation he could tell.

“Also checked the case of the possible fall of a man with a trolley. Why? There is a video testimony of the victim, which suggests that he allegedly fell out of a tree near the trolley, though we understand that it could negotiate,” writes the mayor’s adviser.

He also added that this territory will soon begin preparatory work for the creation of the cable car, which connects the Arch of friendship of peoples, Trukhanov island and Postal area.

We will remind, the city Council in the first reading adopted the draft decision, which the Postal square is a shopping center will create a Museum of history of Kiev.