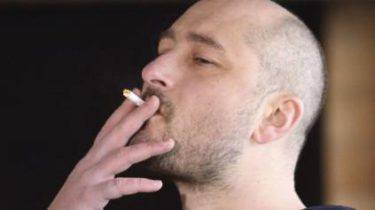 For his position he had to pay house and life.

May 29, in the Dneprovsky district of Kiev on the street Nikolsko-Slobodskaya killed the Russian journalist Arkady Babchenko.

He fought in Chechnya in both wars, and then long time worked as a war correspondent in various media, eventually became involved in independent journalism. He created the project “Journalism without intermediaries”. His sharp texts invariably resonated, especially in Russia, where supporters of the Putin regime have long branded him a “national traitor”.

For his position he had to pay house and life.

Dnia gathered the most famous quotes Babchenko from his social networking and interviews.

“Homeland will leave you, son.”

“Desatnik-volunteer! Know that if you accidentally pick on the territory of Ukraine, your commander will say “In our airborne brigade and no casualties,” Your wife will give your phone to another person who will say that it’s you, and with the cross on your grave will remove your name

The army leave you, son. Always.

The memo I wrote after the war in Georgia. The only thing added is the last paragraph. And so it is still. More relevant than ever.