“Resurrection” Babchenko: the Russian foreign Ministry reminded about the unsolved murders of Sheremet and Elderberry 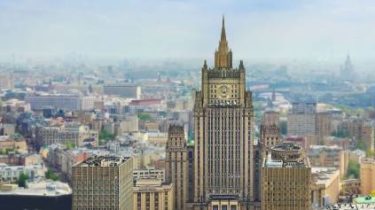 “Resurrection” Babchenko: the Russian foreign Ministry reminded about the unsolved murders of Sheremet and Elderberry

In Moscow saw the situation with the journalist of “inciting anti-Russian hysteria”.

The Ministry of foreign Affairs of the Russian Federation, commenting on the re-enactment of the murder of journalist Arkady Babchenko, has accused the Ukrainian authorities of failing to investigate real crimes.

“The Ukrainian authorities, apparently, can’t find any other way to show its effectiveness, to demonstrate how the staged murder instead of investigating real crimes: the murder of an Elder, Pavel Sheremet and other journalists, and burned alive the inhabitants of Odessa”, — is spoken in the comment of Department of information and press of the Russian foreign Ministry, RIA Novosti reported.

A new step in the information war: “reporters without borders” are indignant about the situation with Babchenko

The Russian foreign Ministry added that “the issues of life and death in Ukraine, as well as the confidence of the international community to its policy – no more than a bargaining chip for inciting anti-Russian hysteria of the Kiev regime”.

In Moscow consider that “foreign partners and the relevant international institutions” will draw the appropriate conclusions from the situation with Babchenko.

We will remind, in the evening of may 29, there was a message that Kiev shot the Russian journalist Arkady Babchenko. The police called his wife. From the received wounds in the back, pre – the lungs and heart, the man allegedly died in the ambulance.

The Metropolitan police have put forward two previous versions of the “murder” of the journalist – his professional activity and civil position. The people’s Deputy Anton Gerashchenko said that the killer waited Babchenko on the landing of his house, and when the journalist opened the door of his apartment, he fired several shots in the back. Was also released the composite sketch of the suspect in the “murder” Babchenko.

Today, may 30, during a briefing the head of the SBU Basil Gritsak “killed” Babchenko appeared in public and said that his “murder” was instsenirovka intelligence agencies to detain the customer.

The murder of the Russian journalist could become real. Already detained the organizer of murder of the citizen of Ukraine. He received $ 40 000, and 30 of them passed the former Atoshnik to the shot Babchenko. That’s the one that appealed to the security service. 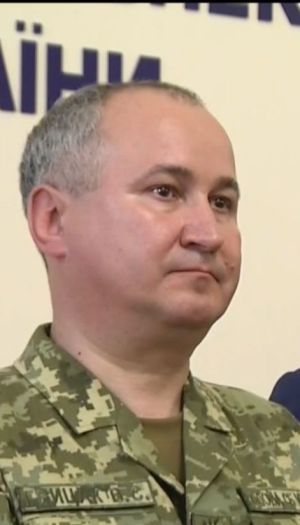