In Kiev, a 7-year-old girl has appeared in 30 films and became a movie star 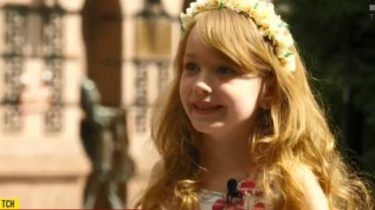 In Kiev, a 7-year-old girl has appeared in 30 films and became a movie star

The child is interested in theater and dreams of a lifetime to devote to acting.

The star of the film business has become the second grade Sofia Kotlyarova. 7-year-old from Kiev played a role in the movie and television series, and regularly starred in commercials, says the story TSN.19:30.

Her dream – role of the Princess, but the Directors yet hard to see her in other roles with which she copes. “I transform into other people,” admits the girl. She does for fun, but it brings money maximum earnings for Sofia for the month amounted to 12 thousand UAH. The question of how much is necessary for happiness, tiny meets grown-up, “Happiness can be and not for money. Happiness is when mom and dad love it when you got home.”

In its seven years from Kiev Sofia Kotlyarova played in three dozen films and TV series. And the amount of advertising already do not count. The life of the baby – set. From the process the girl gets great pleasure and considerable profit. “Small business” – in the story TSN. 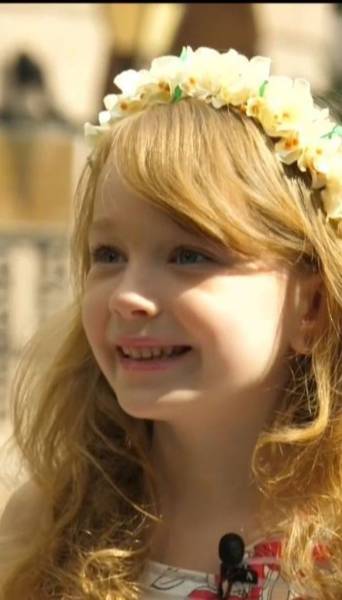 His first roles the girl does not remember, because I was then still very small, but knows her mother. “Sofia was the first on the casting, we looked after 70 children. And Sofia was approved. For me it was a shock,” – says Irina Kotlyarova. The next surprise of the parents was when the child began to demand new roles. “Said, I want more. I started looking for some outs, auditions, agencies”, – said the mother. In the frame of Sofia has already spent almost half my life – in her career baggage involved in 31 movie, and in 8 it was a major role. “She is, like a game. It is not strained. She also teaches script”, – said Irina.

One day of the young stars today is 1,5 thousand hryvnias. Everything earned is spent on her entertainment and toys. In between movie Sofia became the face of the sprays from the cold and insects, advertised products and dolls, and once this load has not sustained mother, who patiently followed the daughter. “At some point lost his nerve, I say, all, Sophia, we’re done. I’m going to work like a normal person, I will have the weekend vacation. She put hands on hips, I grow up, I’ll become an actress and will never forgive you. I turned around and left. I hope I live to see how it will go,” admitted Irina.