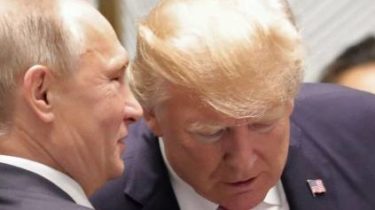 But while the negotiations were in the initial stage.

The white house is engaged in the preparation of the meeting of Donald trump with Vladimir Putin.

This was reported in the Friday edition of the Wall Street Journal, a senior official from the us administration.

According to him, active participation in the preparation adopts the U.S. Ambassador to Russia John huntsman. “The organization of the official meeting between trump and Putin is a project Ambassador Huntsman, which is in operation continuously for many months,” – said the source publication.

However, he stressed, the negotiations are still in initial stage.

Videotron and Putin met at the g-20 summit

If they succeed, this will be the third meeting between the presidents of Russia and the USA.

In March, trump said that he would like to meet with Putin in the near future; as the venue of the summit was proposed by the White house. However, in may, the Kremlin said that no progress in arranging a meeting there.

We recall that earlier the first meeting of Russian President Vladimir Putin and US leader Donald trump took place in Hamburg in 2017.