In the South, gunmen opened fire on civilians trying to leave the area In the South, gunmen opened fire on civilians trying to leave the area

For reasons of security prohibited the movement of all private vehicles that remain in the South.

Gunmen open fire on defeat at civilians who remain in the village South (the area of “Cigare” near Gorlovka, the Donetsk region – ed).

This was reported by the press service of the Ministry of the temporarily occupied territories and internally displaced persons in Ukraine.

For reasons of security prohibited the movement of all private vehicles that remain in the South.

“The decision of the headquarters of the combined forces due to the fact that all the local roads are in the zone of direct destruction of small arms from illegal armed groups occupying administration of the Russian Federation, in case of fixing movements open fire”, – stressed in the Ministry.

With seven vehicles that remained in the “Cigar” at the beginning of the week, for the last two days burned in two.

According to the Ministry, the South remains almost 70 civilians, among them four children aged 10 to 16 years.

“APU help the residents of the district “Cigar” to take their personal belongings and to provide the necessary humanitarian assistance. To conduct a forced evacuation is not planned.

Work is ongoing to identify urgent humanitarian needs of the residents, it turns out, one of them is willing to travel and what kind of help they need,” – said in Mndot.

As a result of shelling in the South is no electricity, water supply is not stopped.

“According to the command of the APU in the near future the settlement will be provided with the necessary number of generators and fuel for them,” – said the press service.

“To restore infrastructure safe movement of people, export of personal effects and the evacuation of private vehicles needed the ceasefire for a period of not less than a week.

The militants are constantly shelling the targeting of houses for arson, that many houses in the village were destroyed to the foundations”, – stressed in the Ministry.

Videolatina published the conversations of militants after attack that killed girl

Ukrainian intelligence intercepted the conversations of the militants after the attack which was conducted from the occupied Horlivka. These conversations were published by the Prosecutor General Yury Lutsenko, the militia that killed the child. 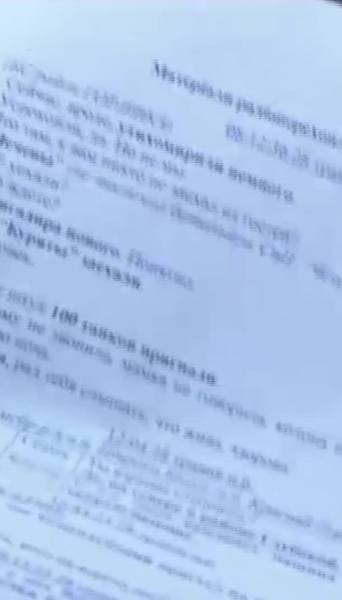 Earlier it was reported about new promotion of Ukrainian troops near the village of Petrovskoye in the Donetsk region. The militants claim that the village is completely under the control of Ukraine. Also recently released was a village South of Gorlovka.