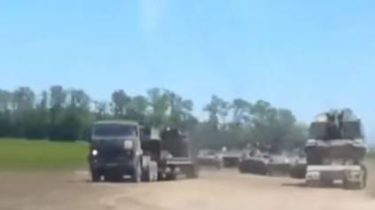 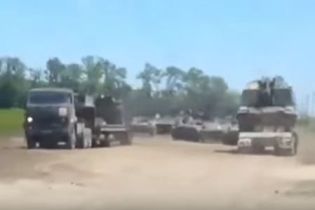 A cluster of military vehicles and tanks found in the Rostov region.

In the Rostov region of Russia near the border with Ukraine noticed another column of military vehicles.

“A column of military equipment of the armed forces of the Russian Federation in Rostov region near the border with Ukraine (in occupied territory controlled by “LNR”)”, – he wrote, adding that the shooting was carried out by “Information resistance”.

As you can see from the video, the recording was made from a passing car.

“Prepare for something. For the world Cup,” say the authors of the video.

Earlier, the militants in the Luhansk region fired at the drone of the OSCE. According to observers, the drone produced 20 shots.