From Kiev took the rare Ferrari for owed child support 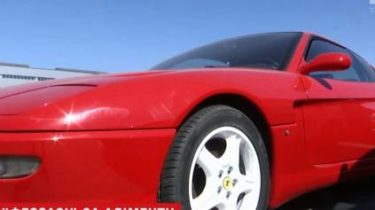 From Kiev took the rare Ferrari for owed child support

The car will be sold at a public auction.

The Ukrainian government first took away the citizen rare car Ferrari for debts on payment of the alimony. The car needs to sell by auction, says the story TSN.19:30.

Now is a unique car in the public garage and waiting for new owner. “It is 1998 and 20 years. But here is 17 thousand mileage, only 17 thousand! These cars are usually used very rarely. Similar cars in the country. This is a toy for those people who can afford and want to emphasize their status,” – said the representative of the company, currently responsible for the car, Alex Kovtunenko.

For the first time the government has seized from Kiev a rare car for a debt of 260 thousand hryvnias for the education of his son. For the month, Ferrari have to sell at a public auction to recover the money by force. The absurdity of the situation is that the debtor was known in the capital, a father who loves his children. 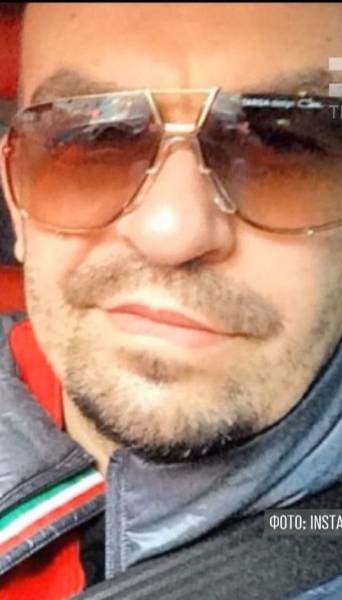 Businessman Yuri Chernetsky adds – such cars in the world. “I didn’t want to give her. The dream of every man to have a Ferrari. Machine rare only 900 were issued in the world,” he explained. Male 11 years old lives in a civil marriage with a successful business lady Pauline. A couple of secular, rich, has four children. Pages in men just the same, full of photos and videos with his three sons and daughter, for whom he is a super dad. However, there is Yuri and another child. “It’s terrible. It is called: a fight with my wife and just got on some sex,” he says.

The fifth child Chernetsky was born six years ago from the woman with whom he was partying. Cheating wife forgave the son he acknowledged in his honor tattoo. Head of state Executive service in Kiev Vitaly Chepurnoy but says that money for the child’s father did not give. “Currently the child is six years old, and the person does not pay child support from November 2016. The amount of alimony is set in 15 thousand hryvnias”, – he explained. Yuri agrees that the debt accumulated is huge. “Put a lien on my property, to travel abroad, drive a car, a weapons permit. And I, a wonderful father of five children, the only thing that could give is your favorite retro Ferrari”, – he explained.

According to Chernetsky, the trap he was in 2015 when he proposed to conclude: the child’s mother was obliged not to interfere with the visits of the son, and the father would pay monthly the agreed amount. These conditions, says the man, broke both. “Nothing has changed. I don’t see the son does not know where he is. The mother was sentenced to probation for drug trafficking. I’m going to sue because you don’t understand how I have to pay 15 Grand for a son that never see, with four kids to raise, and you know now the times has come,” he says.

Comment mother during the day are unable. A public auction for the exclusive exhibition will be held in July, and Ferrari officials have estimated more than 2 million hryvnia. At the same time the debt of the owner reaches only 300 million, so the remaining amount from the sale will be returned to him. Organizers say that a few days have already received more than 10 applications. “I think that at the time of implementation of applications is more than 50. Guarantee a contribution of more than 100 thousand hryvnias”, – told the head of the relevant state-owned enterprises Victor Vishnev. Statistics of the Ministry of justice shows that from Feb, as penalties have increased for non-payment of child support from parents-debtors recovered more than 1.3 mlarge hryvnia.