The Secretary General of the Council of Europe also made statements about the sentencing of journalist.

The representative of the Organization for security and cooperation in Europe on freedom of the media, Harlem Desir called on the Russian authorities to release Ukrainian journalist Roman Sushchenko, which the court in Russia has sentenced to 12 years in prison for allegedly spying.

In its statement, the Military condemned the verdict Sushchenko.

“Journalism is not a crime, the media must carry out their work in safe conditions, without fear of being victimized, attacked or conclusions”, — reads the statement of the OSCE representative.

Videomouse the court announced the verdict of the Roman Sushchenko

The Moscow city court has sentenced to 12 years in a strict regime colony of the correspondent of “UKRINFORM”. The Kremlin has accused the Ukrainian journalist with espionage. Sushchenko pleaded not guilty and stressed, became a victim of provocation of the Russian special services. 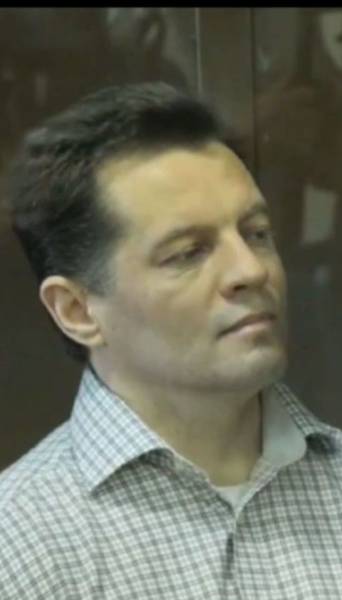 Calling for the release of Roman Sushchenko was made by the international Committee to protect journalists, reports Hromadske.

The coordinator of the Committee for the Europe and Central Asia Nina Ognianova called the sentence Sushchenko strict and noted that it made “after a quick trial, without providing any proof of his accusations.”

“We call on Russia to immediately release Sushchenko and to withdraw all charges against him,” said Ognianova.

At the same time has not made the Declaration concerning Sushchenko, “reporters without borders”, who resented the re-enactment of the murder of Arkady Babchenkoand the Secretary-General of the Council of Europe thorbjørn Jagland. This drew the attention of the people’s Deputy from “BPP” Vladimir Aryev.

“Until the end of the day, only the OSCE has condemned 12 years a Russian prison Roman Sushchenko. Other shamefully silent. Deep disappointment. Or are you afraid that the tickets for a bloody championship?”, – wrote the MP in Facebook.

Another MP Mustafa Nayem also surprised by the silence of the international community regarding the sentence Sushchenko.

Recall, June 4, in Moscow court announced the sentence the detained Ukrainian journalist Roman Sushchenko. He received 12 years of imprisonment in a penal colony for alleged “espionage”.

Roman Sushchenko was detained in Moscow on 30 September 2016 and imprisoned on trumped-up suspicion of espionage. The FSB said that the prisoner is an employee of the Main intelligence Directorate of the Ministry of defense of Ukraine, while the Ukrainian law enforcement agencies is denied. A Moscow court sanctioned the arrest Sushchenko till 16 Sep 2018.

His guilt Sushchenko does not recognize, according to official information, he was in Russia on family business. The international community also believes that the case was fabricated and demands to release the detained Ukrainian journalists.