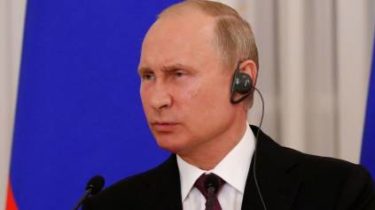 The President of Russia claims that the annexation of the Peninsula was not due to the invasion of his troops.

Russian President Vladimir Putin could not explain why lie about “little green men” during the annexation of Crimea in 2014. When a journalist for the Austrian broadcasting company ORF Armin wolf asked him about it, Putin said that “the Russian army was always in Crimea.”

Interview with Putin before his visit to Austria has published the press service of the Kremlin.

The journalist recalled that during the annexation of Crimea Putin argued that “little green men”, the soldiers in green uniform without insignia, it was the local defense forces. But after some time, Putin himself acknowledged that it was Russian military personnel.

Videowave four years ago, the Parliament of Crimea was conquered by “little green men”

In the same form, the masks and with weapons in their hands – this day four years ago in the Crimea, openly appeared the so-called little green men. Organized and technology with the support of Pro-Russian local population and brought from the Krasnodar territory “Kazatchkov”, people in camouflage blocked the military units, staffs and the military. Then none of the Ukrainian military unit opened fire – all waited for the command from Kiev. 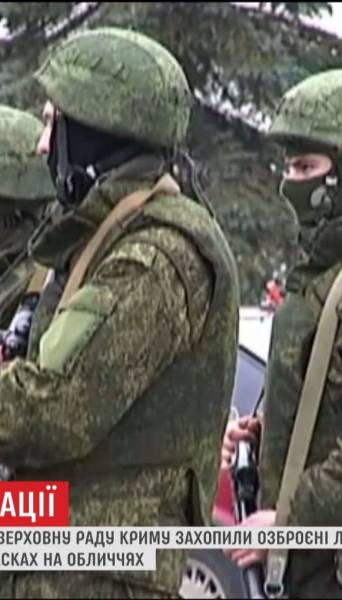 “Crimea has always been Russian army. There were our troops,” – said Putin, referring to the Russian black sea fleet. When, according to Putin, in Ukraine there was “an armed anti-constitutional coup,” Russia has increased in Crimea, its troops to protect its military facilities.

Austrian journalist objected that this is not about the Russian black sea fleet, and the fighters are unmarked. “You said it was the Crimean, but it was not the Crimean, these were Russian soldiers,” – said Armin wolf.

After this comment, Putin has listed fakes of Russian propaganda about the fact that after the “anti-constitutional coup in Kiev” in the Crimea began to send “train the nationalists and block the buses and road transport”. According to the President of the Russian Federation, the Crimeans wanted to be protected from all of this and held a referendum on independence.

“At this moment our Armed Forces who have not exceeded the numerical contingent, the provisions of the Treaty on our database, what did? They provided an independent free elections – the will of the people living in Crimea”, – said Putin.

“Now, Crimea gained independence as a result of the invasion of Russian troops, but by the will of the Crimean people at an open referendum,” – said the President of the Russian Federation.

We will remind, the former commander of the black sea fleet Admiral Igor Kasatonov said that the BSF was provided in February 2014 secretive delivery to the Crimea the Russian forcesblockading the Ukrainian troops there and have taken control of the Crimean Parliament building. According to him, “little green men” was an army special forces, who were brought to the Crimea by air and sea. The Admiral noted that the operation was carried out with the wide application of measures to disguise the movement, with the result that it was totally unexpected for Ukrainian military and Western intelligence.