“Announce “cleanup”. Nestrugina gave Roma the day that they left the Goloseevskiy Park 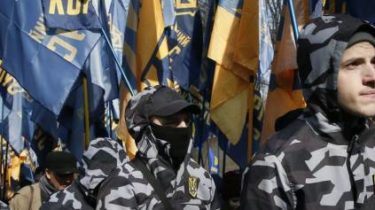 “Announce “cleanup”. Nestrugina gave Roma the day that they left the Goloseevskiy Park

The organization believes that the police can not cope with the responsibilities.

The national team, said that the Roma that have settled to camp in the Park goloseyevsky, have 24 hours to leave the place of residence.

This is stated in the message of the organization in Facebook.

“When the police can not cope, the National squads take the situation under control. Give you 24 hours to leave the grounds, removing the garbage, otherwise we declare the cleanup in goloseyevsky Park,” write the representatives of Razdrogin.

Recall that in late April in the historic part of Kiev, on Bald mountain, activists C14 dismantled and burned down the camp Romawho live there in a long time. Pogroms took place in Ternopil and Lviv.