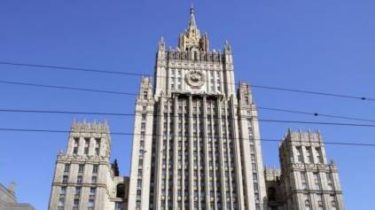 The Russian foreign Ministry issued a sharp statement on the eve of the “channel” meeting of Ministers in Berlin.

In the Russian Ministry of foreign Affairs confirmed the participation of its leader Sergei Lavrov in the meeting of foreign Ministers in “Normandy format” in Berlin. It is scheduled for Monday, June 11.

As noted in the comments of the Department of information and press of the Russian foreign Ministry, the representative of the Kremlin intends to criticize the official Kiev for alleged failure to comply with the Minsk agreements. In particular, the Russians accused the Ukrainians of “readiness to move forward on the political track with a full military surrender of Donbass, control of border with Russia”, as well as the alleged provocation of tension on the front and “strengthening economic, trade and transport blockade of the region.”

To help Sergey Lavrov, immediately rushed leading forum and guard. However, Lavrov quickly got up and said well, that fell on the stairs and not on the diplomatic front. 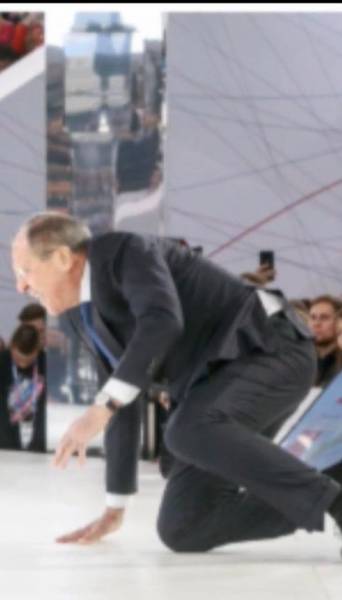 “Today in the South-East, the situation begins to heat up again. Through the fault of Kiev torn announced in late March “Easter” truce. APU grossly violated the agreement on the breeding of forces and means of the parties,” said Lavrov. In Moscow from Kiev require “political guarantees” for the occupied territories. The actions of the puppet of the management bodies of the terrorist organizations “DNR” and “LNR” the Kremlin is not criticized at all.

A separate paragraph is dedicated to the question of the possible participation of UN forces in the region. Russia imposes a “European and American partners,” ignoring its own draft resolution of the security Council of the organization, as well as promoting the ideas of “military operation “peace enforcement” establishment in the region before the holding of local elections international military-civil administration”. This, according to the Russians, contrary to the Minsk agreements and rejected by the leadership of the separatists.

The Ministry of foreign Affairs of the Russian Federation