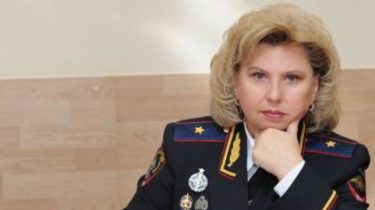 Her visit has been agreed by Poroshenko and Putin.

The Commissioner for human rights of Russia Tatiana Moskalkova visited in Ukraine, at least four inmates who are accused of treason.

Russian Ombudsman noted that this list is incomplete. She will visit Ukraine not earlier than June 13, and her visit is coordinated by the President of Ukraine Petro Poroshenko and President of Russia Vladimir Putin.

Sheep and Odintsov in February of this year were 13 and 14 years in prison for what in 2014, as the Ukrainian military defected to the Russian army. They were convicted of gosizmena