Days on Donbass: militants continue provocations, there are wounded 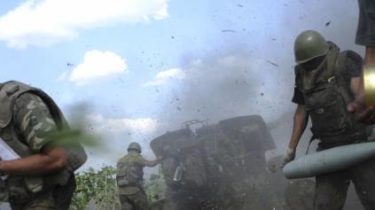 Days on Donbass: militants continue provocations, there are wounded

During the fighting in the last days in the forces, no losses.

For the past day in the Donbas recorded 30 enemy attacks. Two Ukrainian servicemen were injured, they were hospitalized.

The militants four times used heavy weapons. Foreign troops to adequately respond to provocations of the enemy, the press center of OOS in the social network Facebook.

Intensified Russian occupation troops in Luhansk direction in the area of the village Novomoskovsk, Donetsk, in the areas of Sands and Experienced, novoselivka second that on the Mariupol direction.

According to intelligence reports, the enemy suffered losses: two of the occupants killed and five wounded.

During the night of 10 June, the enemy five times broke the silence mode, the heavy weapons the militants used.

We will remind, in the night of 9 June, with the support of artillery fire and mortars, the enemy tried to oust from their positions of Ukrainian unitsthat are defensive along the bakhmutka road and on the approaches to Crimea. The fighting continued mostly light time of a day. During the fighting three of our soldiers were wounded.