Water supply in Avdiivka and nearby villages restored 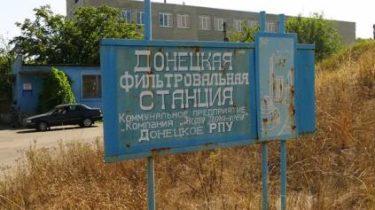 Water supply in Avdiivka and nearby villages restored

In the city of Avdeevka of Donetsk region restored the water supply, which stopped as a result of attack by fighters of the Donetsk filtering station on 6 June.

“As of 07:00 on 10 June the water supply of the city of Avdeevka, S. swallow and the village of Orlovka of the Yasinovatsky area are carried out in a regular mode”, – informs the Main Directorate of SSES of Ukraine in Donetsk region.

Earlier it was reported that the terrorist organization “Donetsk national Republic” decided to stop and preserve the Donetsk filter station. The evacuation of employees jointly with the OSCE.