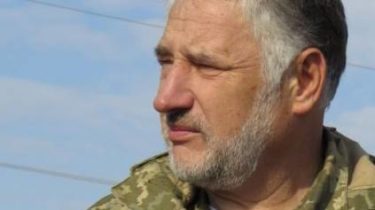 He already has prosecutorial experience.

The head of the Donetsk regional military-civil administration Pavel Zhebrivsky, announced his retirement, after dismissal will be working in the Prosecutor General of Ukraine.

It is reported by Gromadske, citing government sources.

“It is rumored, but only rumored to be Deputy of the Prosecutor General”, – said the interlocutor of the channel.

Sources close to the presidential Administration, said that Zhebrivsky resigned because of fatigue. Other sources say that the head of the Donetsk region as a friend of the President they desperately wanted to return to Kiev.

Pavel Zhebrivsky has prosecutorial experience – he was formerly head of the anti-corruption Department of the Prosecutor General of Ukraine.

We will remind, on June 11 the head of the Donetsk HAV Pavlo zhebrivskyi said that he decided to leave the post of head of the region. 9 Jun zhebrivskyi met with President of Ukraine Petro Poroshenko and asked him to resign. He accepted the statement, and on Wednesday it needs to address the Cabinet.

The successor Zhebrivskyi can become Deputy Minister of the temporarily occupied territories and internally displaced persons Yury Grimchak. This was reported by a number of publications. In exclusive comments Dnia Mr. Hrymchak said that “he is in the team of the President.”