Became known, who will replace eks-the adviser of Saakashvili in the Odessa regional Council 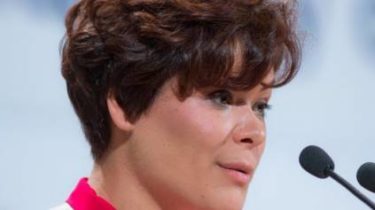 Became known, who will replace eks-the adviser of Saakashvili in the Odessa regional Council

The regional Council accepted the resignation of Deputy powers Gaidar.

About it reports “Duma”.

According to the newspaper, the decision was supported by 54 deputies.

Note the very Gaidar wrote a statement about refusal of the parliamentary mandate on their own. The reasons for this decision are still unknown.

At the same time reported that instead of Gaidar, the Deputy from Blok of Petro Poroshenko “Solidarity” became the General Director of media holding “Duma” Yury Basyuk.

“Yuri Basuco 34 years. He got secondary education in Odessa and the USA (exchange program). Graduated from I. I. Mechnikov national University, specialist of international relations. From 2006 to 2012 he worked as a journalist. From 2013 – General Director of broadcasting company “My Odessa” ( “Domsat”), from 2015 – the head of the media holding “Duma”. Married, with two children”, – notes the edition.

As you know, Gaidar was elected in the Odessa regional Council on the multimandatory constituency from party “Block of Petro Poroshenko “Solidarity”. She worked as a Deputy Mikheil Saakashvili from July 2015 to may 2016, was engaged in social issues, in particular medicine and reception of citizens.

In August 2015 the Deputy received the citizenship of Ukraine, and in September 2016 at the Ministry of foreign Affairs of the Russian Federation received a petition for the withdrawal of Russian citizenship.