“June reforms” of the government, can actually kill corruption in gas production – experts 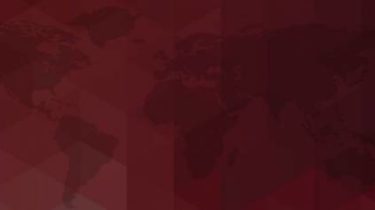 “June reforms” of the government, can actually kill corruption in gas production – experts

The gas industry is beginning to “come alive” thanks to the reforms and for concrete actions from the authorities.

The new system of auctions for the sale of licenses for subsoil and mineral resources which includes the whole package of necessary permits, “kills” 90% of the potential corruption risks that existed in the Ministry of environment and Derzhavnaja. This was stated by the Group Ukraine IMF economist Michael Kuhar.

On 8 June at the government portal was published changes in the government resolution “On amendments and procedures approved by the decrees of Cabinet of Ministers of 30 may 2011 No. 594 I. No. 615” which provide a significant simplification of procedures for issuing licenses and permits for subsoil use, in particular, their open auction.

The gas industry is beginning to “come alive” thanks to the reforms and for concrete actions from the authorities. We are seeing a record number of new gas wells laid. Their number in the first quarter of 2018 from independent gas companies increased by 80% compared to the first quarter last year. “After five to six months of stagnation, increased production of natural gas, which can not but rejoice” – said Roman Opimakh, Executive Director of the Association of gas companies of Ukraine.At the same time opimah notes that the new impact assessment procedure on the environment (EIA) “is a about 5 months”, it can be carried out by two bodies: the Ministry of ecology and natural resources and the state administration.

“When companies come in yeah, they get a categorical refusal to provide services due to lack of orders from the Ministry of environment about the size of fees for public hearings, which are mandatory for the EIA procedure. Instead of correcting the flaw in the system, the Ministry argues that the hearing be conducted without this document. It is a vicious circle,” says opimah.

“Today, in an open system of registration of EIA on the Internet was nearly a thousand applications for all license holders. Of them in the oil and gas industry accounts for about 120 applications, of which a satisfactory answer was only 9”, – said the disappointing statistics.

“It is EIA, which monopolized the natural resources Ministry remains the only place where it can still be 10% of corruption in the issuance of licenses for subsoil use, – agrees with his colleague Michael Kuhar. – However, to simplify this procedure can only Verkhovna Rada. And then nothing can hold back the development of domestic mining industry when the system transparent e-auctions – in Ukraine, the coming billions of investment”.