The court left the former regions of Ephraim are behind bars 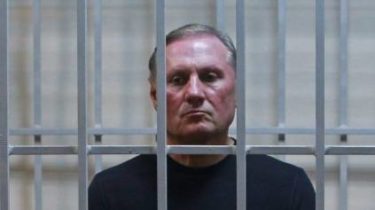 The court left the former regions of Ephraim are behind bars

The former Deputy is accused of treason and other crimes.

The decision the court made on 15 June, the press service of the Prosecutor General of Ukraine.

Yefremov will remain in custody until at least August 13. The next hearing in the case of ex-regions will be held on June 25, the court will interrogate the witness.