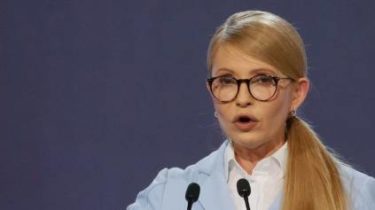 The leader of “Batkivshchyna” Yulia Tymoshenko was organized in the Kiev forum, which is officially called the election, but it spoke about a new course for the country. Surprise of the event was a half-naked sinewy young man with flowers, says the story TSN.19:30.

Tymoshenko appeared on the forum without braids, in a modest gray suit, but with high heels. Twice Prime Minister announced the new course. “I’m not going to agitate you and certainly not going to call on you to join the party. But if someone wants the forum to join printing and blank forms I have,” he assured her before party members, the first President Leonid Kravchuk, priests and relatives.

The leader of “Batkivshchyna” was organized in the Kiev forum, which is not officially called the election. But Tymoshenko told about a new course for the country that promises to embody. A surprise to her was a naked young man with flowers at the crucial moment went on stage. What happened next in the story TSN. 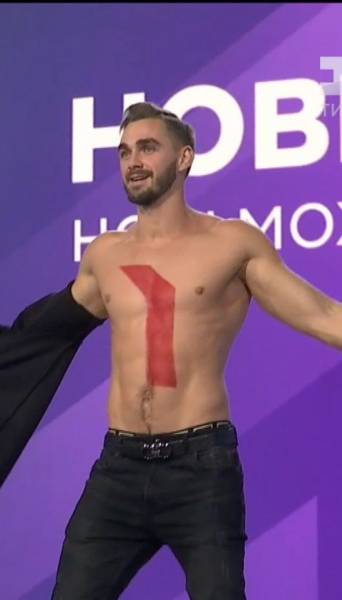 Among the speech of the politician on the stage stood a man with flowers. He interrupted Tymoshenko, was given a bouquet, kissed her, and began to undress. On the sidelines, he had the Maxim by originem and explained the symbolsthat were painted on his body. “I love her, I respect as a person. But she is not there. I’m afraid that the rate will only go down,” explained the young man.

Meanwhile, Tymoshenko for two hours without a prompter and fatigue talked about his vision of Ukraine’s future and offered publicly to vote for Parliament moral authority of the nation, to give people the right to legislative initiative and to make Ukraine a parliamentary Republic, to choose the President in new ways. “A parliamentary form of government Chancery type. In his run for Parliament at the head of the list becomes the candidate for the post of Chancellor, and at the same time people vote for the candidate for the Chancellor and for the party list,” she explained.

About his presidential Chancery or the ambitions she never directly remembered. “If the President will be another Yanukovych, it and software appropriate to implement. And if we can unite, to really restart the power, to restart the country – I, as the leader of the team, I guarantee implementation. And I suspect that the new elected President will not finish his term, as it will be introduced a new Constitution simultaneously with the early elections of the Parliament,” she said.