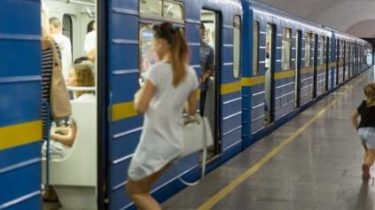 About it reported in a press-service KP “Kiev underground”.

“All stations open for entry and exit for passengers. The station works in a usual mode”, – stated in the message.

In addition, the Metropolitan reminded that today, June 17, subway extended for 1 hour.

Attention! All of the stations open for entry and exit for passengers.
The station works in a usual mode.
We remind you that today the subway was extended for 1 hour. pic.twitter.com/twskbkQGdM

We will remind, in Kiev in the morning were closed three metro stations in connection with the equality March “Kievprayd-2018”: “Lva Tolstogo”, “Teatralna” and “Palats Sportu”.

17 June, a group of 150 opponents of the “Equality March” blocked the road route participants. Police pushed them to avoid provocations. Nationalists and representatives of religious communities , there were two clashes with the police. Nationalists have blocked off several streets in Kiev near the office of the police demanding the release of detainees.