The lawyer refused to defend the owner “Volga”, the explosion near which crippled four children in Kiev

The lawyer refused to defend the owner “Volga”, the explosion near which crippled four children in Kiev

The lawyer says that is not shared by the man chosen line of conduct in the court, therefore, cannot be held accountable.

Two months behind bars will sit the owner of the abandoned car, near where the explosion injured four children. This decision was made by the Solomensky court of the capital, and the detainee himself has expressed his desire during the investigation to be in jail, says the story TSN.19:30.

Hall 41-year-old Sergei Mikasuki brought in handcuffs and put in a cage. It has a view of the oppressed and plead guilty – so much so that it seems suspicious of his lawyer, which he withdraws. “My client pleads guilty for a lot of violations and in the absence of evidence of his guilt. In such circumstances, I do not believe in his guilt,” – explained Sergey Sahnuk. The court offers to choose suspect another lawyer, but the detainee decides to defend himself. And says that about the tragedy he learned from his wife and immediately he called the police, not run away and hide from them. “I have my reasons, which I admit guilt,” he explained.

Videovaganza of the car, near where the explosion injured four children, was taken into custody

Two months in jail to sit the owner of the abandoned car, near where the explosion injured four children. The decision was made by the Solomensky court of the capital. And the detainee himself has expressed his desire during the investigation to sit in jail. Man suspected of illegal handling of explosives and careless serious damage. Four of the injured children still in hospital. Five-year-old Pavlik in intensive care in serious but stable condition. However, already responds to the voices of their parents. 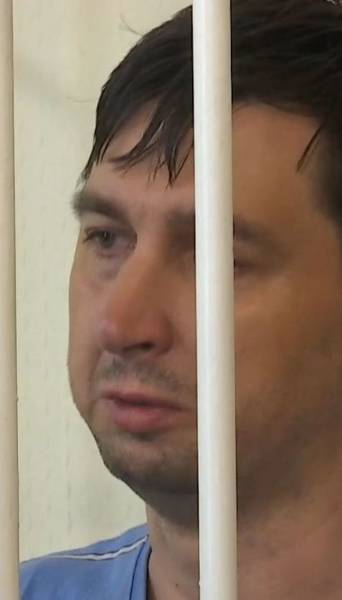 In exclusive comments to TSN, Michaluk said that “Volga” near the house, set three years ago because it broke. Since then she is regularly caused damage to the punctured tires, smashed glass. “That I someone was going to teach – that is not true. I shut down the car and decided: do not sell – not to go there,” said the suspect denied the existence of auto explosive items left to them. But soon during the meeting, the detainee made another statement – say, in the car hid the grenade, which was supposedly found in the woods. “I found a grenade, put it, decided to keep a souvenir. Decided to get rid of it. Drown in the lake. Why left in the car – this time riding in Rivne region”, – he said.

The owner “Volga” exploded in Kiev, it is declared suspicion on two counts

The court, Michaluk asked not to release it under house arrest and sent to jail. It was granted – a measure determined by a 2-month stay in prison. “Detention for a period of 60 days,” announced the judge. Man suspected of illegal handling of explosives and careless infliction of serious damage. Four of the injured children still in hospital, including 5-year-old Pavlik in intensive care in serious but stable condition. His parents for the first time in three days was able to walk outside in the yard of the children’s hospital where their son at this time did another surgery inserted a tube, which the baby can breathe easier.

In Sumy there was an explosion of gun powder: injured 10-year-old boy and a baby (4 photos)

The boy got the most: the grenade fragments stuck in the eyes and head. The child is mounted in the skull with a microchip to monitor the pressure, Pasha is still unconscious, but responds to the conversations of the parents. “His birthday is July 15. Promised a cool bike. After I told him all told, he immediately quickened his pulse,” admitted the mother of the victim Elena Gnoevsky. “I said to Pasha! I bought the parts, and you came down here. So he’s got the heart – tuff-tuff” – happy father Alexander Gnoevsky. That the owner of the ill-fated “Volga” already in court, the parents learned from the media. “I personally would it in hand” – does not hide his relationship dad of the child victim.

The explosion of a car in Kiev. Three girls operated, and the boy is still in a coma

Meanwhile, the Metropolitan government in Kiev began checking and search abandoned vehicles. Rusty cars with no licence plates threatened to be evacuated on shtrafploschadku, and if the owners are not there, in the mayor’s office promised to send the car for scrap. The girls ‘ lives, which together with the 5-year-old Pavlik was in the area of the explosion, already threatens nothing. Every day the doctors conducting a survey of victims and adjusts the treatment process.