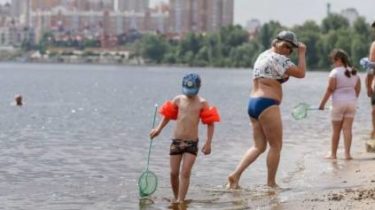 Swimming is not recommended on Telbin lakes and palm.

A thunderstorm that swept over the Ukraine, block the beach season in the capital. Experts recommend not to swim in open water at least three days after a rain because that’s how much time the rivers and lakes should be enough to get rid of all that I washed them in rainwater, according to a story TSN.19:30.

But the simple people of Kiev to such recommendations in their days look small. And at least know about the danger, swim and even dive with his head under the water. “Hot, impossible to sit in the sun” – justified by Olga. Sisters Victoria and Sophia are old enough to go swimming without parents, but I remember the instructions: “you Have to be careful not to swallow the water.”

Videos the rains E. coli found in the lakes of Kyiv

Thunderstorms swept through the Ukraine, to block the beach season. Experts recommend not to swim in open water at least three days after rain. That’s how much time the rivers and lakes should be enough to get rid of all that Deposit rain water. In the capital found a permanent threat – E. coli recorded in the most popular swimwear among lakes. 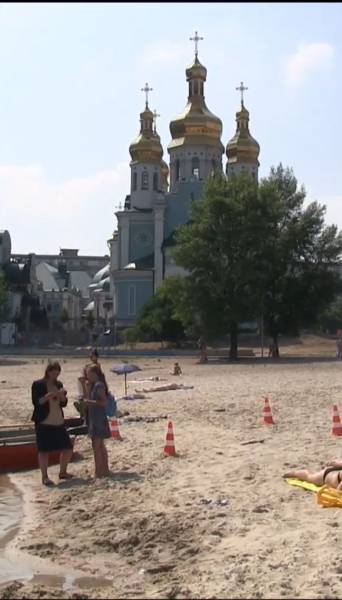 In the lake Telbin has the largest in the capital, the concentration of Escherichia coli – it is four times higher than normal. In second place palm Obolon. But Valery beekeeper for 30 years twice a day there bathing in any weather. “I am not afraid. In all the years that swim, I was not sick. Do not swallow the water, well the water is clean, cleaner than in the river and lakes,” he said. But the experts who analyze the composition of the water to other lakes and Dnieper are no questions, there is swimming allowed, unlike places such as Telbin and rainbow.

Hot spring. Is it safe to swim at the beaches of the large Ukrainian cities

E. coli – significant, but outdated indicator the permissibility of bathing. So consider communal services, which analyze the water on the beaches of the capital according to European standards. Their performance in bathing places, while the norm does not exceed, however, after a storm which swept Ukraine, three days is better to stay away from the water because of how much and what is it mixed, hard to say. And the water should be given time self cleaned.

Even in the water to climb is not recommended, but the beaches are not closed, because, in addition to swimming, there are many other attractions – for example, you can just sunbathe, play different games or even take a shower. But none of these attractions are not holding the banks children are drawn to water, even though it is cloudy, and the smell. “Swallow it,” they say. And then thoroughly rinse, add parents.