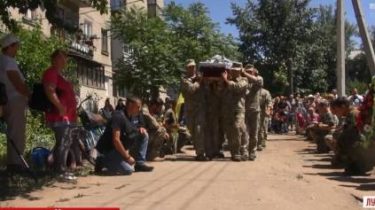 Military was killed during the shelling of Novotoshkivske in Luhansk region.

Of the fallen defenders of the village Novotoshkovskoe on Luganschini Igor Petrov buried in Rubizhne. Goodbye to the warrior gathered his martial brothers, says the story TSN.19:30.

They did not cry, but bowed their heads and knelt down in front of a 20-year battle brother. To get the guy in the last path came all the men of his unit, and gathered all the small frontal Rubizhne. “The shelling began, received a shrapnel wound. Combat medics pulled him from the battlefield under fire and carried, saved,” – said the unit commander Gennady. However, could not be saved – Igor died from heavy bleeding.

Novotoshkivske in Luhansk is now one of the hottest places of the Eastern front. Fighters fire at positions of the Ukrainian troops both day and night. Shelling a few days ago claimed the life of one of the fighters. 20-year-old Igor Petrov said goodbye today in Sochi. 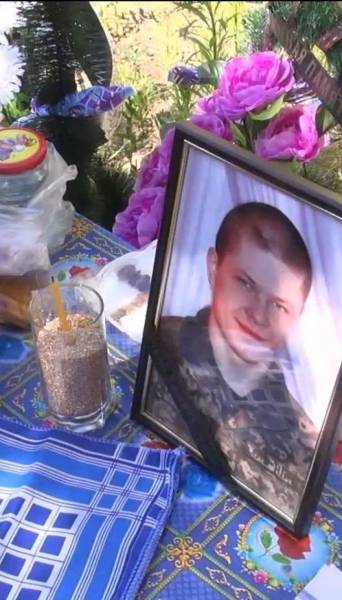 Positions in Novotoshkovskoye become one of the hottest spots for OOS last week. The enemy is out there and works for the military and for civilians. “From large-caliber mortars, tanks, artillery”, – told the military APU with the call sign “Bandera”. Soldiers joke that the attacks could set your watch – they start at the same time, around midnight.

Occupiers annoying that the Ukrainian military are taking a more advantageous position, and in the summer through the tall grass of the soldiers, the militants nowhere to be seen. In addition, lies near the strategic road from Bahmut to the occupied Lugansk, taking which the terrorists will be able to move further back in front. But the military is convinced that the enemy’s plans is hardly feasible, because the fight, the soldiers are very serious – both for myself and for buried in Rubizhne sister.