I am pleased to support the new regime of currency regulation 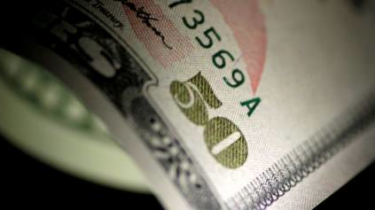 I am pleased to support the new regime of currency regulation

Its purpose is to establish principles of transparent monetary policy.

For this decision voted 228 deputies.

According to the explanatory Memorandum, the document was developed in connection with necessity of legislative consolidation of the principles of transparent monetary policy of Ukraine, the settlement of the foreign exchange market, the need to restore the stability of the currency of Ukraine, creation of favorable investment climate in the country.

Today @verkhovna_rada – will consider in the second reading and in whole draft Law No. 8152 (formerly “currency”, then “On currency and currency transactions”), which for the first time since independence of Ukraine will do currency regulation liberal, transparent and understandable.https://t.co/4gBOtYCnRc pic.twitter.com/Xy0EP1tAtO

Freedom of foreign exchange transactions simultaneously increases the risks to price and financial stability of Ukraine, but because redacts of the bill for the second reading provides the opportunity to #Bank to introduce measures of protection for up to 6 months. to prevent a crisis. https://t.co/Mf1qhlzmhS pic.twitter.com/9BeiFrvtfH

The law introduces a new regime of currency regulation.

As explained earlier, the Chairman of the National Bank Jacob Smoliy, the national Bank must have sufficient capabilities to prevent potential risks and threats. Therefore, the document stipulates that if there are signs of the precarious financial state of the banking system, the deterioration of Ukraine’s balance of payments and other crises that could threaten the financial stability Board of the National Bank will be able to make a primary decision on the introduction of protective measures. These restrictions will be temporary for up to six months.

At the same time, the bill provides for and guards against the abuse of the regulator’s anti-crisis powers.

First, to extend the period of validity of currency restrictions or the introduction of a new, if the date of termination similar to the previous one passed less than six months, the presence of signs of crisis needs to confirm the Board of the National Bank.

Secondly, the bill provides for the accountability and transparency of the National Bank during the introduction of protection measures, the extension of their validity and evaluate the effectiveness of their implementation.