The detainee in the government quarter of Kiev, the teenager with an Arsenal of weapons “was going to shoot the deputies,” – the media 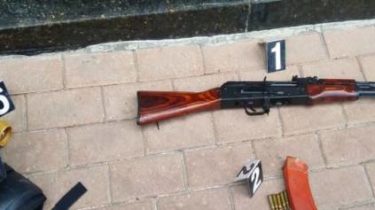 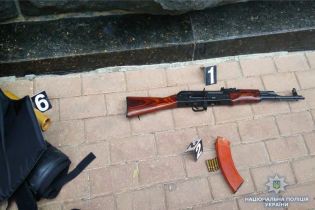 The detainee in the government quarter of Kiev, the teenager with an Arsenal of weapons “was going to shoot the deputies,” – the media

Investigators opened two criminal proceedings in relation to a guy.

15-year-old, who was detained in the center of Kiev with an Arsenal of weapons, allegedly was going to “shoot the Deputy.”

This is with reference to own sources in law enforcement bodies, writes “Ukrainian truth”.

“Detainee is 15 years old. The gun belongs to his stepfather. Now the child was released to his parents. Like a normal child to learn, but he said he took the gun and went to shoot the deputies,” – said the source.

According to militiamen, the withdrawn weapon is hunting, the stepfather of the guy has him permission.

“It’s a hunting rifle, was, father has a solution. A guy had blanks. That is a rifle, but it looked exactly like a Kalashnikov,” he added.

Separately, the informant assured that there will be a number of examinations, and psychiatric, if there are doubts about his mental health.

In turn, the press Secretary of the Metropolitan police Oksana Blischik said that was opened two criminal proceedings, because the guy was carrying firearms, and edged weapons. Now the seized weapon examined by the experts.

“As of yesterday, the suspicion he had not declared. While I can’t say anything” – summed up Blischik.

We will remind, on June 19 in Kiev under the Cabinet detained the guy with an Arsenal of weapons. Teenager in gear and the mask on her face got out of the taxi near the Cabinet and moved in the direction of the Verkhovna Rada of Ukraine, where there was mass action. Militiamen withdrew from boyfriend carbine, similar to the Kalashnikov assault rifle, two brass knuckles, knives and a smoke grenade.