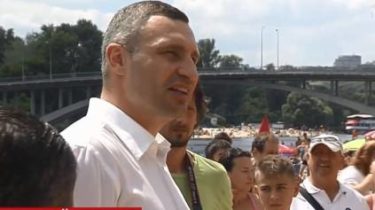 The mayor admitted that he will rest not on them but in Egypt.

The head of the capital Vitaly Klitschko inspected the quality of work on the beaches of Kiev, made according to the latest standards. For photos with the mayor broke away from work 150 rescuers, according to a story TSN.19:30.

New track, dumps, aid stations and trained and equipped lifeguards cost the city 10 million. Employees of the beaches say that now about the safety of care is not worse than the prototype from Malibu. Moreover, the four sand barges brought from overseas – from the Bahamas.

Videobalance sand and lifeguards almost like being in Malibu. Klitschko inspected the updated Kiev beaches

Today the head of the capital Vitaly Klitschko inspected the quality of work on the beaches of Kiev, made according to the latest standards. TSN saw, bathed by the mayor and whether he is satisfied with the updated beaches. 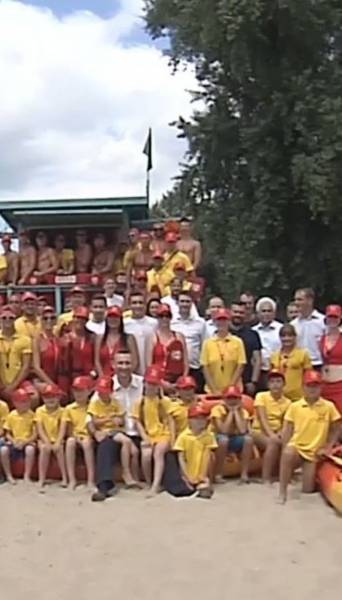 Vitali Klitschko admires the update, but from the eyes of the mayor was hiding. “The cracks were gone. The quality of concrete is poor,” he said. The mayor is concerned that next year will have to redo everything again. In the infirmary, the mayor is testing the device for the daily inspection of water that can accurately evaluate the degree of contamination, besides making it fast – if SES explores a week, then the new device will make it through the day. The mayor wants people to immediately know whether it is possible to swim on this beach, as well as to doctors from the health center recognized by the white robe. “That was pretty messed up and put”, – justified workers of KP “Pleso”.

The rest of the renovated beach “Venice” conforms to the European standards, and in proof of this, hung blue flag. But the mayor himself to bathing not ready – on the beach bring a bathing suit. Although it says that, in General, the kind of places happy, and he would love a vacation home, the wind will go to Africa. “Kiev is not such a big wind – kite surfing go to Egypt. There is a good wind now,” – said Klitschko.