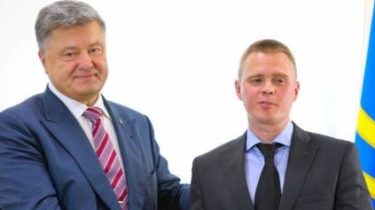 Kuzi from the first day of Russia’s aggression in the Donbas were in the area of ATO in the battle groups.

The President of Ukraine Petro Poroshenko has appointed a new head of the Donetsk regional civil and military administration of General of the security Service of Ukraine Alexander Cuza.

The head of state presented it in a new position in the city of Kramatorsk in Donetsk region.

“I want to introduce a successor Zhebrivskyi – Cuza Alexander Ivanovich. He has an analytical mind, knows and respects the Donbass. I’m sure his experience will ensure peace, restore infrastructure, and the development of Donbass”, – said Poroshenko.

The restoration of Donbass today among my priorities. We must ensure peace, security of people, infrastructure rehabilitation, development of the territory of Donbass diakopoulos. We must also take effective measures to counter terrorist acts, protection from the elements of a hybrid war and information security. I am sure that the new Chairman of the Donetsk regional state administration Oleksandr CuCl with these tasks will cope. From the first days of aggression of the Russian Federation Alexander volunteered, was part of the battle groups of the SBU. He has an analytical mind, experience, and knows and respects the Donbass.

He also noted that while selecting the new Chairman of the CAA was guided by two factors.

“We need to ensure security on the territory of Donetsk region and we must take comprehensive measures in order to bring Ukraine closer to the world,” – said Poroshenko.

According to the President, Kuze from the first day of Russia’s aggression in the Donbas were in the area of ATO in the battle groups.

Recall June 20 the Cabinet of Ministers of Ukraine has approved the nomination of General of the security Service of Ukraine Alexander Cuza as the new head of the Donetsk regional military-civil administration.

Note that 41-the summer General-the major of SBU Alexander Kuze from 2015 to 2017 years headed the Department of security services in the Donetsk region. In August 2017 he took charge of the newly established Main Directorate of the security Service of Ukraine in Donetsk and Lugansk regions.