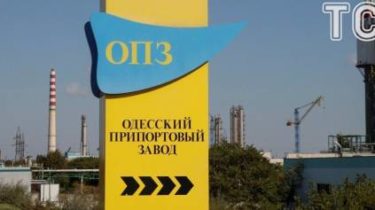 The case was sent for retrial.

With Odessa priportovogo plant while force would not be charged in favour of the company of Dmitry Firtash’s Ostchem Holding Limited 5.2 billion of outstanding principal debt and 1.57 billion billion accrued interest.

“Not agreeing with decisions of courts of first instance and appeal, the Fund filed in the Supreme specialized court of Ukraine on consideration of civil and criminal cases the appeal and application for stay of execution of the decision of the city court of the southern Odessa region. The decree of the civil court of Cassation in the Supreme Court, a court of first and appeal instances are cancelled, business is directed on new consideration” – said Trebarov.

By results of consideration of the cassation of the state property Fund, Vahouny Court overturned the decision of the court of the city of South…

At the end of July to be held a competition to choose an adviser on the privatization of Odessa portside plant, which “will offer solutions to the toxicity of debt obligations of the enterprise.”