The militants have significantly reduced the number of attacks on the front. The situation in the Donbass 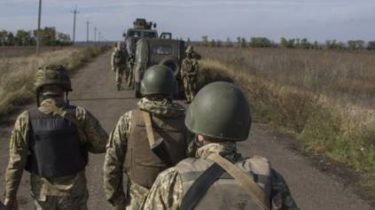 The militants have significantly reduced the number of attacks on the front. The situation in the Donbass

For Wednesday, July 11, at the Donbass militants twice opened fire on the Ukrainian positions.

“For the current day, from 7am to 18 hours Russian occupation troops 2 times opened fire from heavy machine guns on Svetlodarsk and Gorlovka areas at positions of the allied forces near the village of Svetlodarsk South,” reads the summary of the press center of the joint forces.

Among Ukrainian soldiers no casualties.

We will remind, the Ukrainian military liquidated the militants near the Donetsk airport.