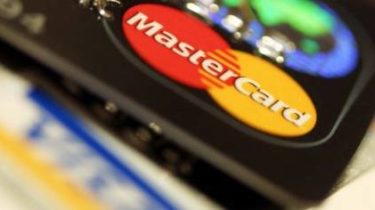 The problem is related to Mastercard.

Thursday evening, July 12, there has been a global failure in the system of Bank cards Mastercard. This is felt not only in Ukraine but also in other countries.

“Today, half an hour there was a heavy storm Mastercard. Some kind of global disaster that has affected not only the Ukrainian banks, but also some other countries. Sorry, somehow affect the speed of the repair we could not. But we have concluded that we must learn to better communicate with customers, alerting them about the crash before they will turn to the question WTF our support. I apologize to all the people we could bring,” – wrote in social networks one of the founders of the monobank Dmitry Dubilet.

Now the system is working.

Mastercard confirmed that their system has failed, which has delayed some operations on card transactions in some markets. Problem already solved, now everything works normally. This writes The Wall Street Journal.

“We understand that earlier in the course of processing transactions with a limited number might have been some problems. The situation was solved and these operations are now back to business as usual,” said a spokesman for Mastercard.

Mastercard did not specify in which countries the failure occurred. It is known that in Ukraine, the problems were also in Latvia.

We will remind, some days ago there was a global failure in “PrivatBank” – is not working Bank cards, terminals and other services.