In the capital, suddenly began Moore of wild ducks 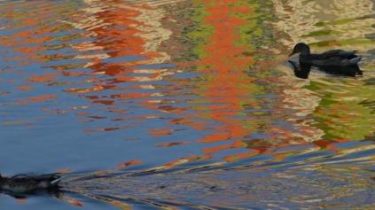 In the capital, suddenly began Moore of wild ducks

Near the lakes of one of the districts of Kiev are massively dying wild ducks. Volunteers who try to save the birds complain about an unknown poison, says the story TSN.19:30.

The bodies collected so far, and managed to save only a dozen of about a hundred ducks. Yaroslav tries to help birds. “At first, they become sickly, stop flying and die,” he explains. Save the birds took the whole neighborhood – frail individuals watered with activated carbon, and more active to keep in boxes to deliver to a shelter for the birds.

Mass death of wild ducks in Kiev. Unpleasant event occurred in the neighborhood of the capital towers. Birds die around the lakes today. Local fear for the health of children and Pets. 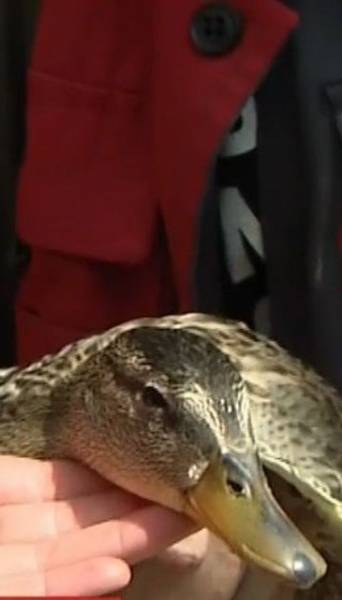 A few days ago near the lake has seen scattered bread, drenched in red liquid. Tamara Schur suggests that birds are deliberately poisoned. “It was a boy and said that he saw poured the red liquid bread. And so in the evening we found a bag, gloves lay next swipe. Supposedly tomato juice, but in that package the powder,” she said. Another local resident Alina Semenova explains that the ducks were almost tame because they are fed the whole neighborhood. The birds wintered near the lakes, were nesting, there were new Chicks.

In Kiev, the drivers blocked the highway for a duck with a brood of ducklings

Who caused trouble for birds is not yet known, it is a question already working in Derepressible. “We have ruled out bird flu and the disease castle. Was examined by the whole cascade of lakes, selected fresh material, studies are still ongoing”, – said the Deputy chief of Department of epidemic Roman Matviychuk. The local community staged a round-the-clock monitoring of the lakes to protect the health of their children and Pets.