In the center of Kiev fought MP, Minister Nasalik and the head of trade Union of miners 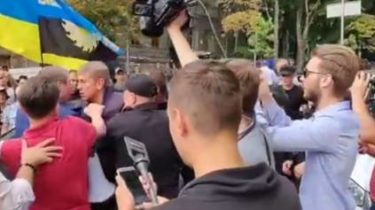 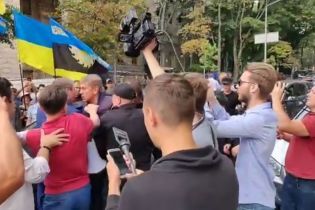 In the center of Kiev fought MP, Minister Nasalik and the head of trade Union of miners

In the center of Kiev Minister of energy and coal industry Igor Nasalik and MP Serhiy Shakhov staged a brawl near the Ministry.

This was announced on his page in Facebook the head of the Independent trade Union of miners of Ukraine Mikhail Volynets, who also intervened in the conflict.

Catch Minister who tries to escape from the miners.

As seen in the video, the miners, who in the morning were waiting for the Minister in front, stopped his car, not giving to pass. Nasalik got out of the car, and after a verbal conflict between them started the fight. Volynets also joined the fight, grabbing the Minister by the collar of the shirt, however, law enforcement officers separated the men.

Now on a scene the police arrived, a Protocol to Volynets.