“Glory to Ukraine” on the millions of dollars. Vida and Vukojevic have created the best advertising campaign of Ukraine 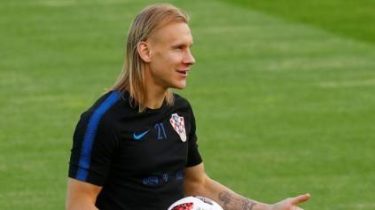 “Glory to Ukraine” on the millions of dollars. Vida and Vukojevic have created the best advertising campaign of Ukraine

The slogan “Glory to Ukraine” written authoritative publications in the world.

Osijek is a Croatian town near the Hungarian border, the birthplace of the football player of the national team domagoj Vida.

In the summer of 1991 in the region was the destruction of the city by the Serbs, ethnic cleansing, war, which was attended by most of the adult population in little Croatia.

The little boy, who would later become a famous football player, could see it all in person. That is why his words sound so sincere and touch the hearts of millions of people, says TSN.Week.

Vukojevic video “Glory to Ukraine”: we are not interested in politics, only football

All Croatia – children of that terrible war. Several players on the team are refugees whose parents have taken in more peaceful regions of Europe. The rest grew in the destroyed and mined the country. Players, especially players of the world Cup for the game are forced to abandon the ordinary human freedoms. For example, there are people chips impossible, for a is. All the players next to them and out of their mouths clearly defined.

Domagoj Vida – ex-player of Kiev “Dynamo”. Ognjen Vukojevic – former Dynamo who works in the coaching team. The guys recorded this the gratitude for friends in Kiev after the victory over the Russian team.

That friends have posted to social networks is simple and emotional greeting from the Croatian locker room. Whatever happened next resembled a tsunami. British newspaper the Sun turned to FIFA: aren’t these words a manifestation of the policy. FIFA instantly voiced their displeasure and warning. From the delegation of the national team withdrew Vukojevic and imposed a fine of 15 thousand. A small thing turned into a huge international scandal.

The scandal fanned not by the Croats, and the Russians, who appreciated the movie almost as a military invasion of the Ukrainian army in the Rostov region, as well as the actions of FIFA, which is already four years sponsors “Gazprom”. Where did the speed with which the defendants are almost in the fascism of the players hit the rink repression?

“FIFA has caved in under Russia, under Putin, under the organizers of this championship, in order to please them. Had a strong suspicion that Russia just bought the championship. And now, when there was this situation. It is logical to compare Russia says FIFA: “the People wait. Let’s somehow work out the money”, – said Konstantin andriyuk, sports journalist.

And then – the world opposition from hundreds of thousands of Ukrainians. Invasion caricatures and cartoons about football corruption, the collapse of the Ukrainian users page rankings FIFA in Facebook. The rollers, in which world politics sincerely speak the same words, for which he punished mind.

And, most important – go articles in the international press. Leading publications rather reserved, but clearly, explained a billion viewers of the football League, why the Russians are so offended by the slogan “Glory to Ukraine” and that Russia itself is doing in the neighboring country in 2014.

Not wanting this, Vida and Vukojevic have created the best advertising campaign for Ukraine and the events that happen here.

“Everyone can see that people just spoke from the heart. Not staged. Not scenario. And, of course, in the communications that works the hardest. I think that more than a billion people will watch the finals. It is possible to estimate how many people are theoretically interested in the event. It saw and heard. The money I do not presume to calculate. But it is certainly millions and millions of dollars,” – says Yaroslav Serdyuk, Director of the advertising Agency.

The football Federation of Ukraine stood up for the Croats and promise to pay the penalty for Vukojevic.

In the hometown of legendary red car, which its owner is without a doubt brought against the Serbian tank, put on a pedestal as a monument. The words of the player, said many years later, after his own war record in Ukrainian history. All apology and explanation of this act will no longer have any value, because Croatia gave the Ukrainians an incredible sense of victory and who would not say that led Ukraine to the final of the world Cup.

Now any Croatian symbols would suit for millions of Ukrainians. Because after a few words, two guys from their team, we just realized: whom to cheer for at the championship in Moscow. An innocent 9-second clip – like scalpel that revealed a huge abscess. Words like Croatian players brought Ukraine itself in the final of the world championship! TSN has learned how it happened that the Ukrainians were the coolest world is? 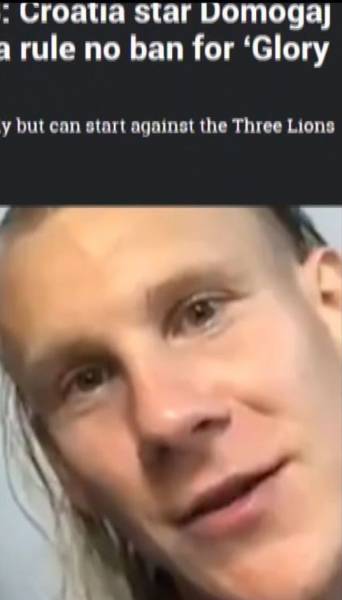