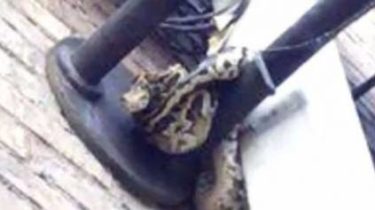 In the capital cooperately caught a tiger Python, which is perched on a pedestal of the lamp directly on the facade of the dwelling house on Zhilyanskaya street, says TSN.

The reptile was spotted by a passerby and called animal rescue. Specialist determined that the snake is not poisonous, so I removed Python with no special equipment – hands. The six-foot animal was attached to overexposure to the man who keeps exotic snakes and spiders while looking for the owner.

In Thailand, a three-metre Python got into an electrosupport in the middle of a crowded city

The finding reported to the police. Python will return to the owner after he proves that his animal and explain how it happened that a snake appeared on the street.

“At first I tried a stick with a loop. But he is constantly slipping out of the loop. I saw that he was not aggressive. In principle, the friendly was set up. And could throw on the stick, could hiss,” says the lifeguard.

About the further adventures of a Python in Kiev – see in the evening news TSN 19:30.

Cooperately caught a tiger Python, which was perched on a pillar of light directly on the facade of a residential building in the city center. It was noticed by a passer-by and called in Service of rescue of animals. Specialist determined that the snake is not poisonous, so I removed Python with no special equipment – hands. The six-foot animal was placed on temporary care to the man who keeps exotic snakes and spiders. 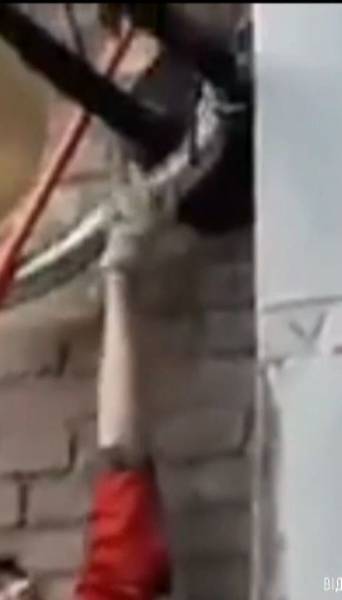