Neutrality will allow Ukraine to stop the war and bring independence, “Rosanna Force” 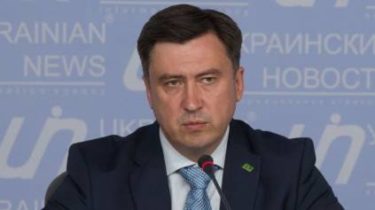 Neutrality will allow Ukraine to stop the war and bring independence, “Rosanna Force”

In order to become a full-fledged player on the geopolitical map of the World, stop the war and bring independence, Ukraine need a neutral status.

About this in his blog on the website of “Correspondent” said the leader of the political party “Reasonable force” Alexander Soloviev, commenting on the Summit in Helsinki.

“Our country has an important and very advantageous geographical position, but unfortunately, politicians of the old school do not know how to use it. Moreover, their inept policies have led to the fact that our geographical location is used rather against us. It is felt especially in our days of independence, when we have become hostages of geopolitical confrontation, temporarily losing part of the territory and obtaining a war with many casualties,” – said the politician.

Solovyev stressed that such foreign status would be beneficial in the first place Ukraine. As a successful example of the implementation of policies calls neutrality of Switzerland and Austria. In his opinion, today Ukraine has lost its independence and influence in the region.

“I personally, as a politician and a Ukrainian who loves his country, very sad to realize and just to say that our Ukraine is used on the world stage as a bargaining chip. Her fate, alas, not decide our policies, and the leaders of other States. And our government, unfortunately, only a expects that the country’s problems will solve the “large and influential uncle” at the next Summit. This situation confirms the fact that Ukraine, which was once a nuclear power with the strongest economy and army in the years of independence became the object of great power politics depend on anyone, but not from itself”,- said Solovyov.

We will remind, earlier in a political party “Reasonable force” stated that political parties that are in Parliament today have more commitments to our external partners and large investors than to the people of Ukraine.